Im Memory Of Black Inventors and Scientists, That Motivates Me So Much

14 Black Inventors You Probably Didn’t Know About, That Inspired Me!

Philip Emeagwali is a Nigerian computer scientist. He has been living in the United States for many years.[1] He won the 1989 Gordon Bell Prize ($1,000) for price-performance in high-performance computing applications, in an oil reservoir modeling calculation using a novel mathematical formulation and implementation.

Due to cost, Philip Emeagwali was forced to drop out of school at age 14. But this didn’t stop him from becoming one of the greatest computer pioneers of our time. In fact, he’s often called “The Bill Gates of Africa.”

As an adult, Emeagwali began studying nature, specifically bees. The construction of the honeycombed inspired him to rethink computer processing. In 1989, he put this idea to work, using 65,000 processes to invent the world’s first super computer — able to perform 3.1 billion calculations per second.

Dr. Shirley Jackson is an American physicist who received her Ph.D. from the Massachusetts Institute of Technology in 1973. She was the first African-American woman to earn a doctorate in nuclear physics at MIT. In addition to her lengthy list of academic achievements, she also has an impressive number of inventions under her belt.

Her experiments with theoretical physics paved the way for numerous developments in the telecommunication space including the touch-tone telephone, the portable fax, caller ID, call waiting, and the fiber-optic cable.

Inventor and engineer Lewis Latimer was born in Chelsea, Massachusetts, on September 4, 1848. He collaborated with science greats Hiram Maxim and Thomas Edison.

One of Latimer’s greatest inventions was the carbon filament, a vital component of the light bulb. His inventions didn’t stop there, working with Alexander Graham Bell, Latimer helped draft the patent for Bell’s design of the telephone. This genius also designed an improved railroad car bathroom and an early air conditioning unit. So the next time you’re escaping a hot day inside your cool house, don’t forget to thank Lewis Latimer.

Did you know that the first home security system was invented by a Black nurse? Meet Marie Van Brittan Brown. Although she was a full-time nurse, she recognized the security threats to her home and devised a system that would alert her of strangers at her door and contact relevant authorities as quickly as possible.

Her original invention consisted of peepholes, a camera, monitors, and a two-way microphone. The finishing touch was an alarm button that, when pressed, would immediately contact the police. Her patent laid the groundwork for the modern closed-circuit television system that is widely used for surveillance, home security systems, push-button alarm triggers, crime prevention, and traffic monitoring.

Otis Boykin’s most notable contribution to science was likely the circuit improvements he made to pacemakers after losing his mother to heart failure — a contribution that has saved countless lives since. But this single improvement was among a long list of achievements.

Boykin had 26 patents in his name and is famed for the development of IBM computers, burglar-proof cash register, chemical air filters, and an electronic resistor used in controlled missiles and other devices.

Did you ever enjoy water gun fights as a kid? Well, meet Lonnie Johnson, the man that gave us the most famous water gun — the Super Soaker. Lonnie wasn’t a toymaker, he was actually an Aerospace Engineer for NASA with a resume boasting a stint with the US Air Force, work on the Galileo Jupiter probe and Mars Observer project, and more than 40 patents.

Yes, he is also working on the Johnson Thermoelectric Energy Converter (JTEC) which converts heat directly into electricity — but it’s the squirt gun he created that has given us all the most joy.

Every two seconds someone in the U.S. needs blood. Thanks to Charles Drew, that blood is available. Drew was a physician, surgeon, and medical researcher who worked with a team at Red Cross on groundbreaking discoveries around blood transfusions. In World War II, he played a major role in developing the first large-scale blood banks and blood plasma programs.

He also invented the, and get ready because this name is pretty charming — bloodmobiles. These are the refrigerated trucks that, to this day, safely transport stored blood to the location where it is needed most.

Drew was one of the most prominent doctors working in his field, and one of the only African-Americans, during a time when blood donation was still separated along lines of race. Drew eventually resigned from his position with the American Red Cross over their insistence on adhering to this policy. It was 1950 before the Red Cross finally recognized all blood as being equal.

In 2013, Marian Croak was inducted into Women in Technology International’s hall of fame, a move that recognizes her remarkable achievements in tech. Croak holds over 135 patents, primarily in voice-over Internet protocol (VoIP), some in other areas. She has another 100 patents currently under review.

Today, Marian is an SVP at AT&T, serves as a mentor for women in AT&T labs, and sits on the board for the Holocaust, Genocide and Human Rights Education Center.

If you ever enjoyed an animated Gif on the web, like this one amazing clip of a kitten being scared by an iguana, then you have Lisa Gelobter to thank.

Gelobter was integrally involved with the advent of Shockwave, a technology that formed the beginning of web animation. She also played a major role in the emergency of online video, later serving on the senior management team at Hulu.

Previously, Lisa was the Interim Head of Digital for BET Networks and ran Technology, Product and Business Operations. Today, you can catch Lisa at the White House, in the United States Digital Service. She is currently serving as the Chief Digital Service Officer with the US Department of Education.

Jesse Ernest Wilkins, Jr. is one of America’s most important contemporary mathematicians. At 13, he became the University of Chicago’s youngest student. Wilkins continued his studies there, earning bachelor, master, and eventually earning his doctorate degree in mathematics at the age of 19.

He’s published papers in mathematics, optics, and nuclear engineering. As a mathematician for the American Optical Company in Buffalo, N.Y., he perfected lens design for microscopes and ophthalmologic uses. His greatest contribution to scholarship was the development of mathematical models to explain gamma radiation and his work on developing a shielding against gamma radiation.

His other claim to fame came from working on the Manhattan Project. At the Manhattan Project, Wilkins worked with future Nobel laureate Eugene Wigner and made significant contributions to nuclear-reactor physics, now known as the Wilkins effect and the Wigner-Wilkins spectrum.

Often regarded as one of the most famous black inventors ever, McCoy was credited for 50 inventions over the span of his career. In an effort to improve efficiency and eliminate the frequent stopping necessary for lubrication of trains, McCoy devised a method of automating the task. In 1872 he developed a “lubricating cup” that could automatically drip oil when and where needed — vital in avoiding sticking to the track. The lubricating cup met with enormous success and orders for it came in from railroad companies all over the country. It was so popular that when other inventors attempted to steal his idea and sell their own versions of the device, companies were not fooled. They insisted on the authentic device, calling it “the Real McCoy.”

Those who survived either of the World Wars thanks to a gas mask have Garrett Morgan to thank. Morgan first created the “safety hood” to help firefighters navigate smokey buildings, later modifying it to carry its own air supply— making it the world’s first effective gas masks.

He also had the good sense to add a third position to the traffic signal — yes, there was a time when traffic signals just said indicated “stop” or “go” — an addition that further reduced automobile accidents.

Mary and her sister Mildred patented many practical inventions. They didn’t have technical education, but they were both exceptional at spotting ways to make peoples’ lives better. Together, they invented the sanitary belt. Later, Mary invented the moisture-resistant pocket for the belt. While disabled from multiple sclerosis, Mary went on to invent the walker and the toilet-tissue holder.

BLACK INVENTORS AND PIONEERS OF SCIENCE

Scientists, engineers, and inventors find the solutions to the world’s problems.

Learn about the accomplishments of six African-American scientists and inventors.

George Washington Carver was an agricultural chemist who gained acclaim for his discovery of alternative farming methods. Carver is best known for his discovery of uses for the peanut. Among the products Carver developed from peanuts were soap, face powder, mayonnaise, shampoo, metal polish, and adhesives—but he did not invent peanut butter.

Mark E. Dean is one of the top engineering minds at the International Business Machines (IBM) Corporation. He made his first mark in the industry in the early 1980s, when he and a colleague developed a system that allowed computers to communicate with printers and other devices. Every time you print something, you can thank Dean. In all, Dean holds 20 patents, and was honored as one of the „50 Most Important African Americans in Technology“ by the California African-American Museum in 2000. Dean feels the need to increase awareness of the contributions of African American engineers to the African American community and the engineering industry in general.

LEARN ABOUT THE LIFE AND WORK OF THIS CELEBRATED CIVIL RIGHTS LEADER.

Percy L. Julian is known as the „soybean chemist,“ for his extraordinary success in developing innovative drugs and industrial chemicals from natural soya products. The firefighting solution he devised, known as “bean soup,” helped save the lives of thousands of sailors and naval airmen during World War II. His discoveries earned him more than 130 chemical patents and many professional awards.

His spirit lives on in dozens of lifesaving discoveries, as well as in the halls of Percy L. Julian Junior High School in Oak Park, Illinois. Julian was quoted as saying, „I have had one goal in my life, that of playing some role in making life a little easier for the persons who come after me.“

Known as a “human computer,” Dorothy Johnson Vaughan was part of a team that did mathematical calculations to help launch satellites—and later humans—into space.

The group used math to help engineers figure out how wind and gravity affects aircrafts.

When she was first hired to work on the space program, Vaughan’s department was segregated, or separated, by race. She and the other African-American women in her unit used separate dining areas and bathrooms. Six years after she was hired, Vaughan became the manager of her division and its first black supervisor.

A decade later, the agency desegregated and she joined the Analysis and Computation division, where she learned computer programming and worked on the program that launched John Glenn and other astronauts into space for the first time.

The accomplishments of Vaughan and other women African-American mathematicians was the focus of the book and movie Hidden Figures.

Sarah Breedlove Walker was an inventor and businesswoman, and became one of the largest employers of African-American women of her time.

Often know as Madame C.J. Walker, she manufactured beauty products for other African-American women using formulas she developed after working for a pharmacist who taught her chemistry. Her popular hair-softening cream and shampoo helped heal dry skin and other itchy annoyances that were common in the early 1900s because indoor plumbing wasn’t widely available.

Walker’s company hired and trained thousands of black women to sell her hair-care products in shops, by mail, and door-to-door. This helped many become more independent during a time when job opportunities for women were limited.

THIS PLAYLIST IS ALL ABOUT COOL INVENTIONS. 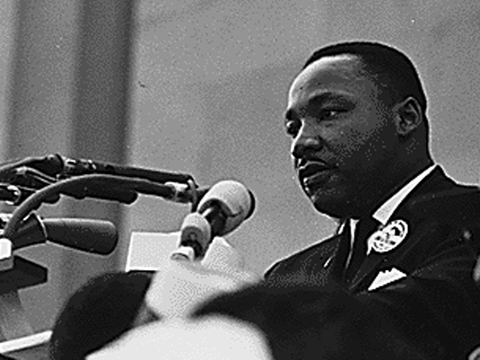 Im Memory Of Black Inventors and Scientists, That Motivates Me So Much